Age of Empires Online Wiki
Register
Don't have an account?
Sign In
Advertisement
in: The Realms of the World Quests

The Celtic Invasion of Rome Quest Pack is a Quest Pack released by Project Celeste for Age of Empires Online. It is set in the City of Rome, through Marcus Pollux by reaching level 40.

This is the most difficult Quest Pack ever made in Project Celeste, with not one, but two 5-star Legendary Quests. Beating this Quest Pack will not be easy, so make sure to bring a friend!:

There are 3 new pieces of Legendary Gear added:

The The Celtic Invasion of Rome Quest Pack was released on March 14th, 2021 with the release of the Roman civilization. 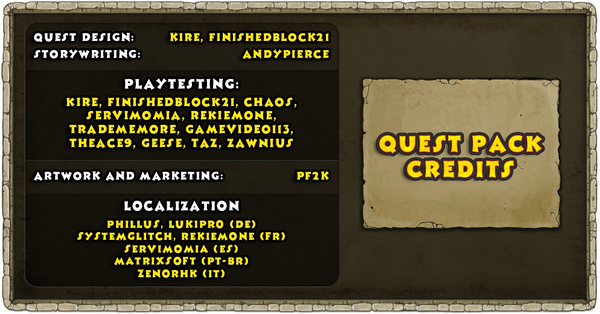