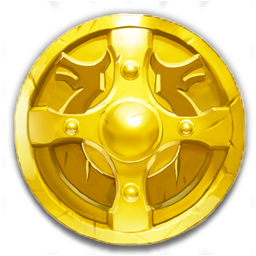 Behold the mighty Norse! Hailing from Northern Europe, the Norse were a strong people that dared to challenge the Roman Empire.Command the extremely aggressive Norse and use their unique ability to build production facilities with their infantry! Wield the powerful Berserker to decimate your enemies’ front lines, or use the ancient Seer to summon a raven that can scout the map. There are endless creative strategy options at your disposal. Join the fight and rule the world with the Norse!

Norse often leans towards offense as they can build Guard Towers, Fortresses and Military Buildings around the map with their infantry units allowing sustained attacks on the enemy while all villagers can be put to gathering resources rather than building. They can also have great map control with their Guard Tower/Fortress contains, fast Raiders and their Seers' ravens. Their units are very pop efficient. Players will often have trouble with ranged balls as the Norse player's army composition will often consist of mostly infantry. This can be solved by using skirmishers or building Fortresses. It is recommended for more familiar players as they require not only the standard macro and micro management but have to manage building with their infantry units and map awareness as well.

A Berserker
Add a photo to this gallery
Retrieved from "https://ageofempiresonline.fandom.com/wiki/Norse?oldid=38278"
Community content is available under CC-BY-SA unless otherwise noted.