The Moe's Mystorium is a store selling chests at every five levels. The blueprint for this store can be obtained from a chest.

The level of the chest is mostly what determines the level of the treasure. Although, with the rework there is also a very small possibility to get a legendary item in chests starting level 10 going all the way up to level 35.

Back in the 2014, Moe's Mystorium used to be a prime source of getting very hard to obtain gear, such as Double Stitched Chiton, and more. Over time, new items (mostly of Legendary rarity) were added to the game, that eventually pushed Moe's Mystorium out of popularity. Project Celeste corrected this by moving the newer versions of some of the things that previously were found almost exclusively in Moe's (or otherwise extremely hard to find) back to Moe's and making them exclusive to it, with a few more items were added. 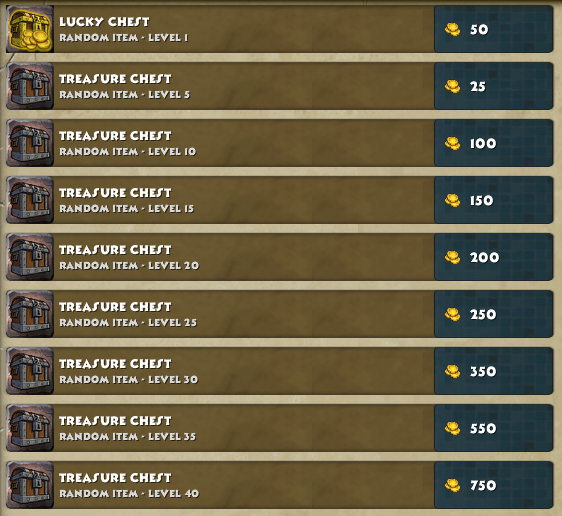