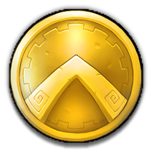 The Greeks are one of the six civilizations in Age of Empires Online. It was the first civilization developed in the game.

The Greeks are an all rounded civilization that has an extremely strong Bronze Age and Golden Age. They bear many similarities with their Age of Mythology counterpart, including Hypaspists and Toxotes. The Greeks are recommended by most players to be a new player's first premium civilization because of their simple play style. Quests are usually completed with a mix of Gastraphetes and Ballistas.

Greece: Ancient land of beauty, reason, passion and war. A peninsula and scattered islands of feuding city-states populated by noble warriors and wise philosophers, Greece stands as a bastion of culture amid the powers warring for control of the Mediterranean. Take control of the Greeks as they navigate the tribulations of maintaining an empire in a region rife with conflict.[1].

The Greek civilization was the first playable civilization during the beta release of the game. The Greeks were the first developed because "the ancient Greeks are a well-known civilization, and their history includes many interesting events and personalities that will be familiar to people. In going back to this era of history, the Greeks were a natural choice."

The Greeks were, unlike modern Greece, a fragmented group of independent city-states that were in a state of almost constant civil war, only uniting to fight a common enemy (ex. Persians or Romans). They mainly fought using phalanxes filled with Hoplites that usually ended in heavy causualties on both sides. Only until Philip 2nd of Macedon did Greece fully unify under one ruler. This empire was established using a more diverse army filled with infantry, archers, and Calvary unlike the other city-states using only infantry. The Macedonian Empire was spread even further thanks to Alexander the Great. He was able to conquer Persia all the way to northern India. Greece was able to provide the world many historians, philosophers, and engineers (ex. Socrates, Plato, Aristotle). The Greeks were eventually defeated by the emerging Roman Empire in 146 B.C.E.

Retrieved from "https://ageofempiresonline.fandom.com/wiki/Greek?oldid=40688"
Community content is available under CC-BY-SA unless otherwise noted.