Sappers are more resistant to pierce damage and move faster

Governor Zopyrus is an Advisor exclusive to the Babylonian Civilization, active once Golden Age is reached.

"We have much to discuss."

Governor Zopyrus is a quest giver in the Fertile Crescent Quests. According to him, General Zu very much hates him. His army involves the lancers. 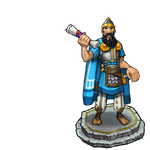 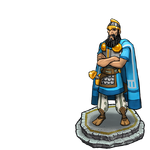 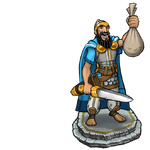