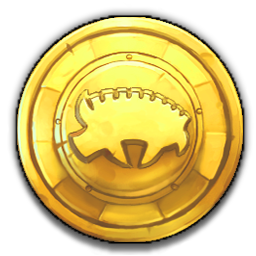 The Celts are one of the six civilizations in Age of Empires Online. It was the fourth civilization released into the game.

Invaders from the Northern Tribes are here! Take on the Celts, masters of metalworking and crafting, as you explore new lands and new challenges in Age of Empires Online. Roam the snowy northern realms as you learn their new units, such as the frenzied Woad Raiders, the dangerous Druids, and the powerful Celtic Swordsmen. Earn new gear and great rewards with the Celts![1].

On July 20, 2011 the Celtic and Persian civilizations were announced for release during the winter holiday season. The Persians were released on October 18, 2011 as a Pro civilization, which meant that the civilization had to be purchased to play (more details about Pro civilization : see Civilization). The Celts were delayed and eventually released on March 26, 2012.

The noun Celt (or Kelt) comes from the greek kέλτoι, keltoi (the mighty, the great) when the people were first described by the Greek historian, Herodotus. The Celts were a group of tribal societies in Europe who shared a similar language root and culture. The Celtic tribes were famously depicted in stories for their extravagant feasts and battles against the Romans.

During the early Iron Age, the Celts resided in central Europe. In the first millenium BCE, the tribes began to migrate throughout the rest of Europe. They settled in France, Northern Italy, Spain, the Balkans, Britain, and Ireland. One group migrated as far as Asia Minor, a part of modern-day Turkey, where they became known as the Galatians. The Celtic inhabitants in modern-day France were known as the Gauls by the Romans.

Though the Romans were unable to defeat the Gaellic tribes in modern-day Ireland, they were able to eventually conquer the Celts of mainland Europe. The Gaels would continue to survive as multiple small kingdoms into the Middle Ages. Much of the Celtic language has become extinct after centuries of cultural assimilation by Roman and Germanic migrants. The six current "living" languages are Welsh, Irish, Breton, Scottish Gaelic, Cornish, and Manx (native speakers, greatest to least).

Though a united Celtic empire has never existed, there is evidence of powerful chiefdoms who've subjugated large territories. Several times in history, Celtic tribes would form alliances against common enemies, such as to fight the Romans. "Celtica" was actually the name of a Roman province in the Gaul region of Western Europe.

Retrieved from "https://ageofempiresonline.fandom.com/wiki/Celtic?oldid=39517"
Community content is available under CC-BY-SA unless otherwise noted.