The Babylonian Civilization is one of the six playable civilizations in Age of Empires Online. It is a Pro Civilization, therefore it must be purchased with Empire Points. Formerly codenamed as Annies, it was the fifth civilization revealed. The Babylonians were introduced on the first anniversary of the game's release, August 14, 2012.

In the lands of ancient Mesopotamia, between the Tigris and Euphrates rivers a great civilization was born. Behold… Babylon! While the Babylonians have a military on par with all others, as you will soon see they are the ideal Civilization for building an economic juggernaut. Build Ox Carts and watch your villager’s gathering efficiency soar! Plant gardens to speed up your research and production or discover the Wonder of the Hanging Gardens of Babylon! Your armies await your command in the lands of Babylon![1]. 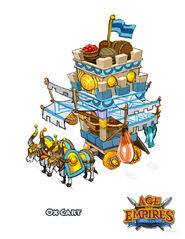 Promotional art of the Ox Cart 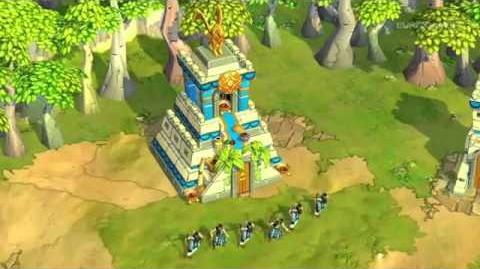